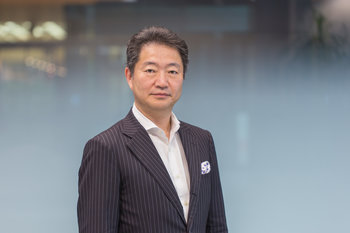 "Going out of your way to make enemies with the world has no meaning."

Yoichi Wada, former President and Representative Director of Square Enix, has shared his thoughts regarding Konami's "cruel treatment" of Hideo Kojima, as well as what he considers to be bad business practices.

"As I know Mr. Kojima, I want to say, 'I can't believe this cruel treatment!' But, here I'm going to give my thoughts as a corporate exec," Wada wrote on Facebook (as translated by Kotaku). "However you think about this, this is a negative for business. Maybe leaving the home console market is management's plan, but going out of your way to make enemies with the world has no meaning."

"Generally, this kind of thing happens when there's a lack of leadership," he continued. "I think, perhaps, there isn't someone in charge who is paying attention and laying out all the little details for whole enterprise."

"When you are not aware that the feelings of your own department aren't aligned with the world at large, the results can be deplorable."

Earlier this month at the 2015 Game Awards, host Geoff Keighley revealed that Konami had legally banned Kojima from accepting any awards. In October it was reported that Kojima parted ways with Konami, although Konami denied the report, stating that Kojima was "on vacation."