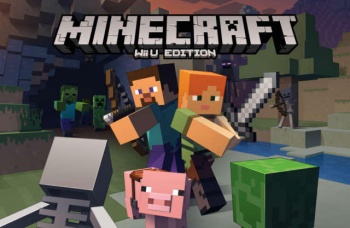 What seemed like a no-brainer feature for the Wii U edition of Minecraft will be absent.

When Minecraft was announced for the Wii U, the first thing that went to most people's heads was how it would be a perfect fit for the system. After all, the second screen and touch panel of the Wii U gamepad would make inventory management a snap. However, Mojang developer Owen Hill has now confirmed that the Wii U edition won't really use the gamepad at all, with it's only function being the "off-TV" feature that is already present in several other Wii U titles.

"Would be cool," said Hill, when asked about the gamepad being used for inventory management, adding that at the moment, "[the gamepad] is just used as an alternate screen if someone is using the TV."

It is worth noting that Mojang and Nintendo have confirmed the Wii U version of the game would get regular content updates, so Hill's comments don't rule out the possibility of the feature being patched in at a later date, but it seems a shame that such a no-brainer feature is absent.

This also doesn't give much hope for touch-screen based controls, and it seems likely that the Wii U version will simply be a straight-up port of the other console versions of Minecraft.