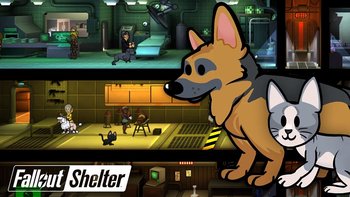 Dogmeat makes his way to the vault.

What could make your vault dwellers happier? Four-legged companions are a good start. Fallout Shelter's newest update adds a number of pets, including Dogmeat.

The introduction of cats and dogs to Fallout Shelter is part of a larger update to the game, which also adds new pickup lines and text for conversations. In addition, Overseers can now permanently evict the laziest of their dwellers. Inventory management has also seen improvement, with a "sell all" option being implemented.

In other news, Bethesda announced yesterday the opening of Bethesda Montreal, which will focus on expanding "development capabilities in console, PC, and mobile gaming." 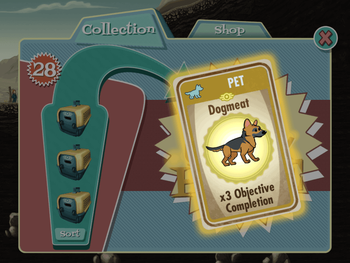