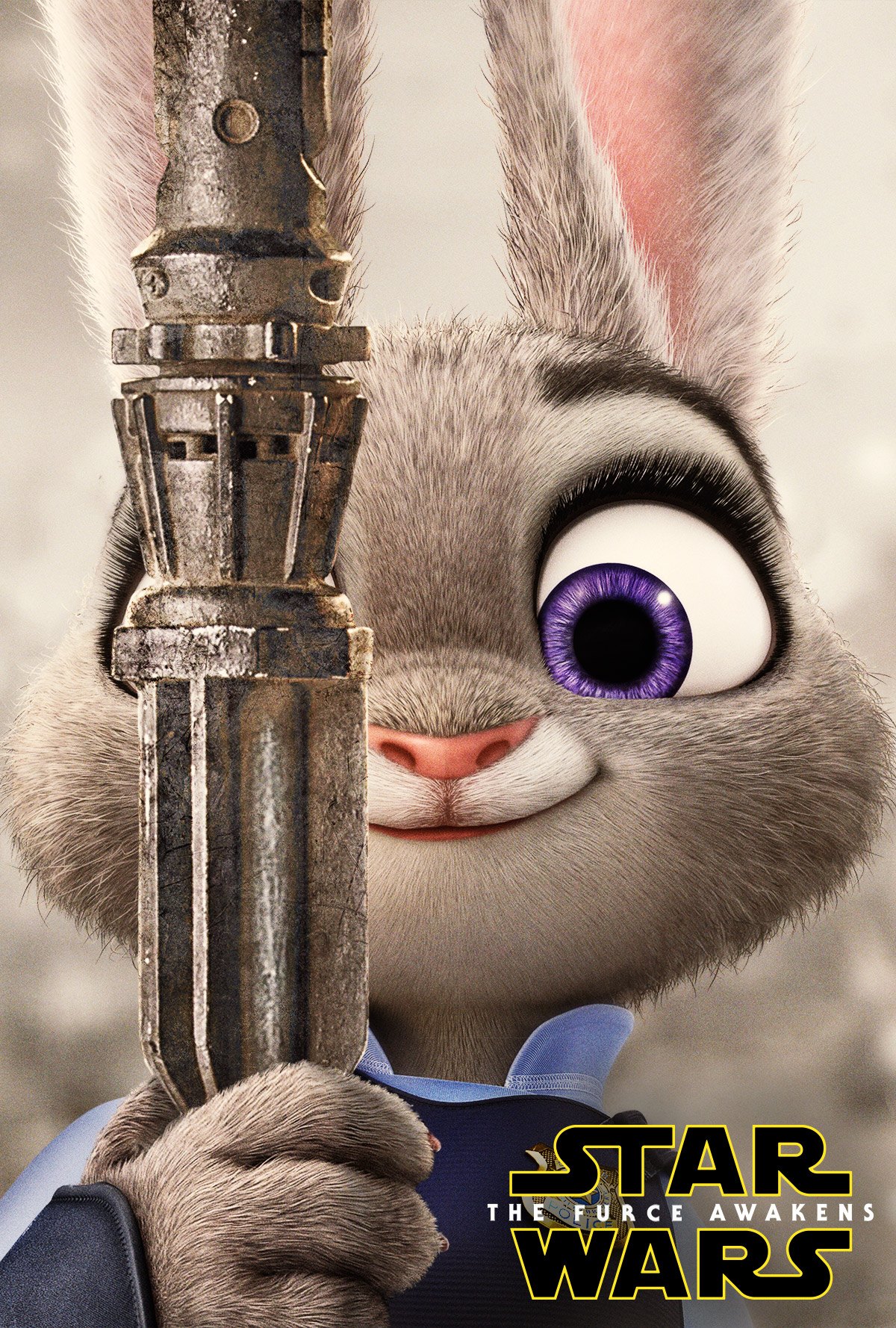 Disney Animation has released a set of spoof movie posters for its upcoming film Zootopia, set for release on March 4. Some of them are pretty good.

Another Disney Animation is hurtling toward us on March 4 of next year, and the Disney hype machine is in full swing. To get people excited about Zootopia, the Mouse House has put together a bunch of "promotions" as a countdown to its "Zoo Year's Eve". First it was the top singles of 2015 - with such hits as Cowvin Ferris's "Cow Deep is Your Love" and Madeline Preynor's "All About that Chase."

Now, we have the top Movies of 2015, complete with a set of six movie posters with destined-to-be-classics such as "Star Wars: The Furce Awakens" and "Fifty Shades of Prey". Unfortunately, there isn't a poster for "Avengers: Age of Bulltron" or "Pitch Purrfect 2," but the others are pretty good on their own.

In coming days, Disney will also unveil the top Travel Destinations of 2015, as well as the top Entertainers of 2015. We'll let you start guessing on what will get the best animalistic play on words out of those categories.

In the meantime, check out the posters:

And if you have no clue what Zootopia is, then check out the official teaser and "Sloth" trailer below: