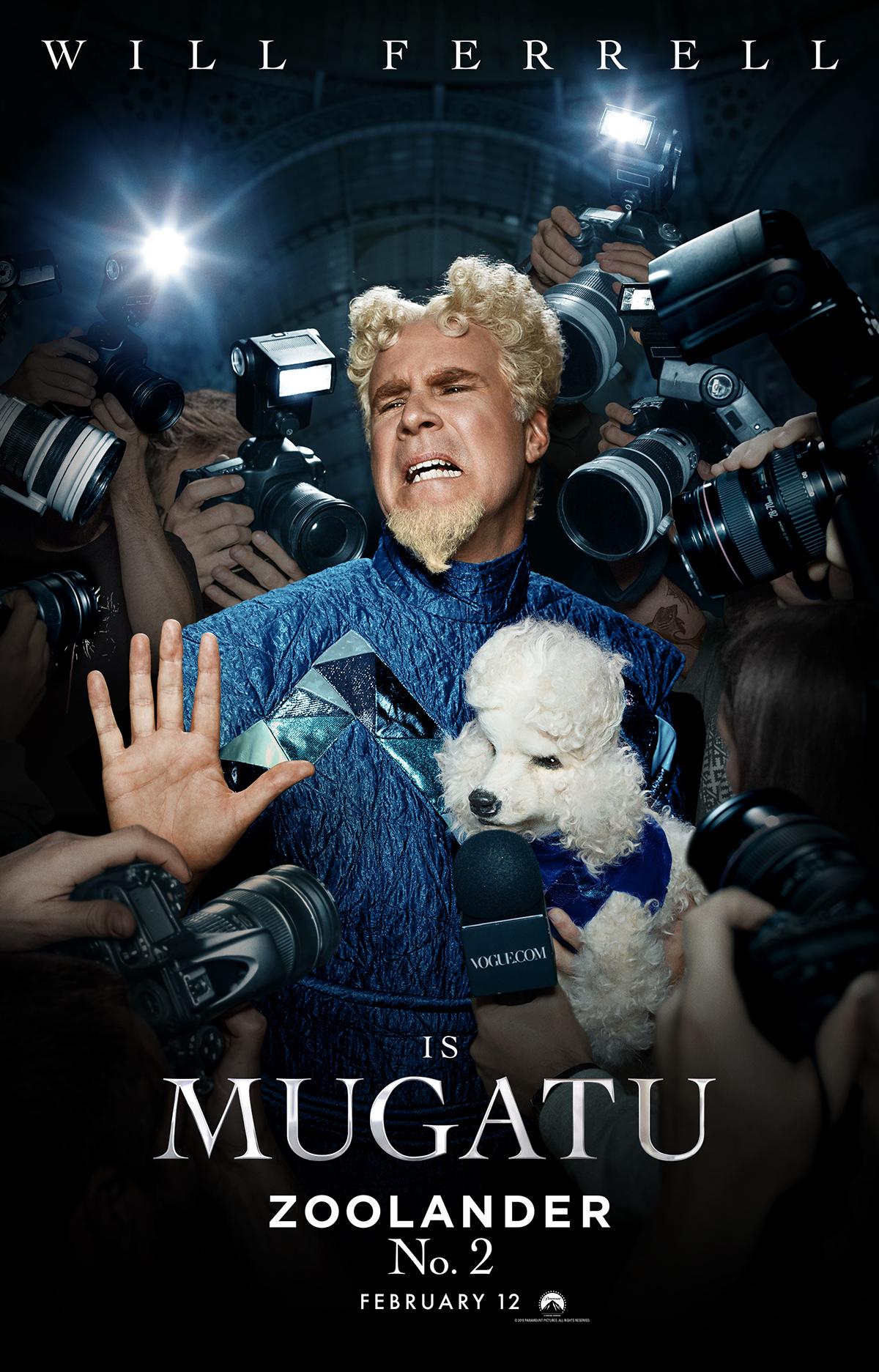 The sequel has been a long time coming, but Zoolander 2 is now only a couple months away. Paramount Pictures wants you know some of the cast beyond Ben Stiller's Derek and Owen Wilson's Hansel, so they released some character posters.

It's been 15 years since we witnessed the crazy escapades of male model Derek Zoolander, but early next year, he and his partner Hansel McDonald will return to the runway in Zoolander 2 (or 2oolander). In addition to the regular movie poster, Paramount Pictures has released several other posters showing off a few other characters.

In addition to posters of Derek (played by Ben Stiller) and Hansel (Owen Wilson), we have the ever-sultry Penelope Cruz as Interpol agent Melanie Valentina. Kristen Wiig stars as the eccentric Alexanya Atoz, and Will Farrell returns as the even more eccentric Jacobim Mugatu.

The plot basically has Derek and Hansel in Europe 10 years after the original movie (which came out in 2001) ended. The two are considered a bit washed up, but people start to die with Zoolander's trademark Blue Steel look on their faces (for those wanting to see Justin Bieber die, now is your chance). Cruz recruits the two to help solve the case.

The movie has already received a bit of controversy as Benedict Cumberbatch - who did not get a poster - does a turn as the androgynous model All, and Owen Wilson asks if he has "a hotdog or a bun." An online petition is asking people to boycott the movie because of the "over-the-top, cartoonish mockery of androgyne/trans/non-binary individuals." It has already received almost 22,000 of the 25,000 signatures it is seeking.

"I don't even know what to make of it, because it hurts my feelings in a way," co-writer Justin Theroux, who co-wrote the script with Stiller, told the Wrap. "I take great care in the jokes I write, and the umbrage being taken is out of the context of the scene. I wish people would see the movie first. Satire is a thing that points out the idiots, and we went through it on Tropic Thunder with the 'R' word."

Check out the posters and the trailer for the film, which is scheduled to be released on Feb. 12.