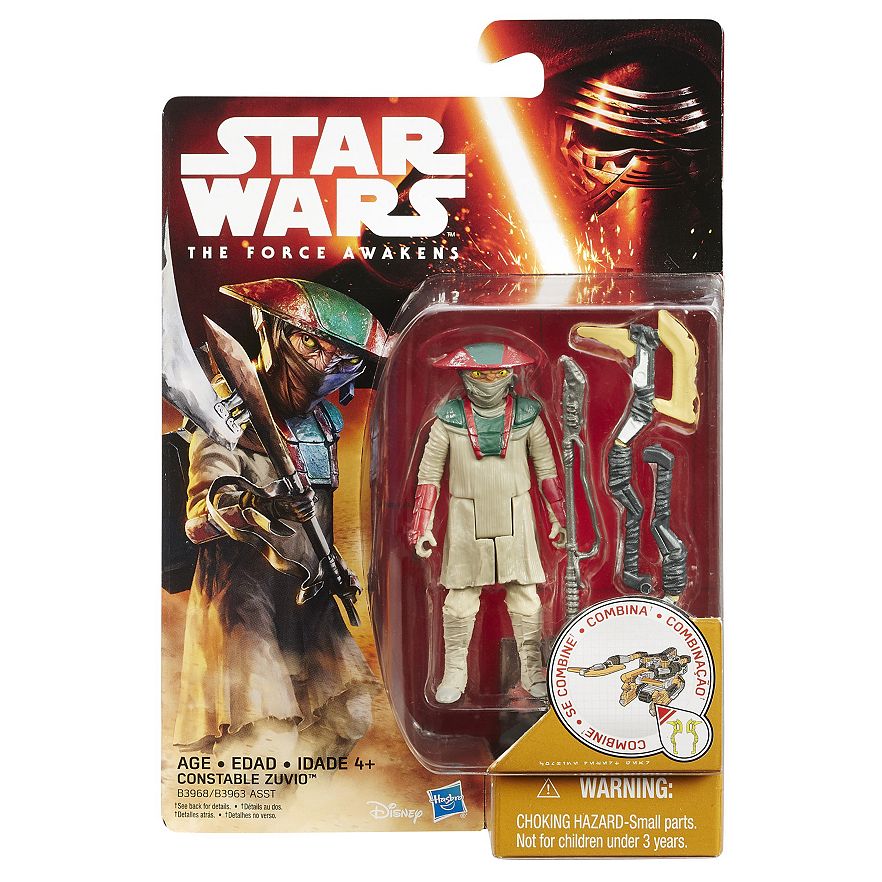 The excitement of purchasing a new Star Wars: The Force Awakens action figure from Walmart quickly dies when a fan gets a DMCA letter from Lucasfilm and Disney.

Collecting action figures is a pretty big hobby, so when you see a new figure, especially for Star Wars: The Force Awakens that you didn't know about, you are going to get all excited, take pictures and post it to all your friends.

That's what a Star Wars Action News podcast staffer named Justin did after finding a new "Rey" figurine on the shelf at an Iowa Walmart. After the $6.94 purchase, he posted it on the site's Facebook page. Not long after, Marjorie Carvalho and her husband, who have run the collectibles podcast for years, found out that something was amiss.

"A friend texted my husband saying, hey, are you getting sued?" Carvalho said in an interview with ArsTechnica. The image from the Facebook post was gone. "We looked and noticed we'd gotten a notice from Facebook saying our image violated copyright. It was confusing because our staff member, Justin, he took the photo."

The image spread quickly, with Disney and Lucasfilm quickly trying to keep up with Digital Millennium Copyright Act takedown notices.

Not wanting to raise the ire of a partner that usally helps them with the podcast, the Carvalhos agreed to the takedown and alerted fans they would not be reposting it.

Apparently, that Iowa Walmart had put the figure out a bit too soon, even though numerous action figures for the film are already out. While some supported the Carvalhos, saying that it wasn't their fault that the figure was on the shelf and they had no way of knowing, others were quick to point out that Rey's outfit and packaging were a bit of a spoiler.

While Disney has every right to the DMCA claim, Mitch Stolz of the Electronic Frontier Foundation told Ars that a photo on a fan blog that essentially says "check out what I just bought" has an extremely strong claim to fair use.

"Yes there's a copyright, but I don't think that entitles Disney and Lucasfilm to try to make that image disappear from the Internet," he said. "Someone may have screwed up, and violated an agreement as to when the toys would hit the shelves. But that doesn't make a photo of a toy forbidden information."

Either way, what's done is done. And you can check out a bunch of the "other" figurines that have been released for the movie already. Don't go looking for Rey, though (that's not her above or in this gallery). We won't open that Sarlacc pit.

The movie hits theaters on Dec. 18.