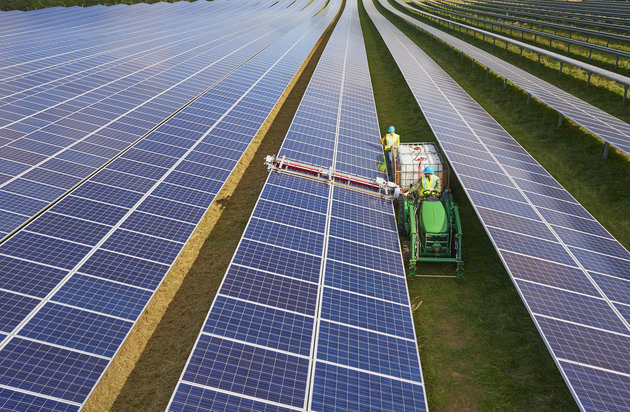 Rezoning for a solar farm in Woodland, NC, was nixed after the community expressed fears that the panels would take up too much of the sun's energy and leave too little for local business.

From the "You don't hear that every day" department:

The Woodland, NC, town council refused to rezone some land so a solar farm could be added. The problem? Some members of the community expressed fears ranging from the panels could cause cancer to the farm would suck up too much energy from the surrounding area.

Two of the most vocal against the rezoning was a married couple, Jane and Bobby Mann. The wife is a retired science teacher and expressed reservations that the solar farm would inhibit photosynthesis of plants in the area. She also pointed to the high number of cancer cases, and said she has not gotten any proof that the panels are not the culprit (the council has previously approved three other solar farms in the area).

"I want to know what's going to happen," she said. "I want information. Enough is enough. I don't see the profit for the town. People come with hidden agendas. Until we can find if anything is going to damage this community, we shouldn't sign any paper."

The husband said the panels were "killing the town," and even went so far as to say that the solar farms would suck up all the energy from the sun and businesses would not come to Woodland, according to the Roanoke-Chowan Herald-News.

Others felt that more solar farms would hurt property values, and one woman even presented a petition requesting that further solar farms be put on a referendum during elections.

The council voted to not rezone in a vote of 3-1 and passed a moratorium on future farms, thereby halting Strata Solar Company from building the solar site. A spokesman for the firm who was at the meeting tried to reassure residents, saying "the panels don't draw additional sunlight" and that solar panels were a "tried and true technology."

Ah, to be a fly on that wall during the discussion.