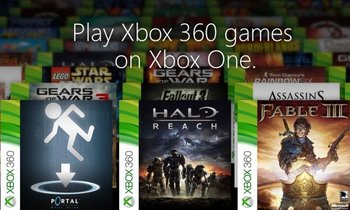 16 new Xbox 360 games have been made available for Xbox One with Backward Compatibility.

According to a post on Xbox.com, gamers have logged more than 9 million hours playing Xbox 360 games on Xbox One since the launch of Backward Compatibility on November 12. The most popular games were Fallout 3, Gears of War 3, Just Cause 2, Assassin's Creed II and DiRT 3.

"We're continuing to work with our publishing partners to grow our library of Xbox One Backward Compatibility titles, so stay tuned for more," the post reads. "We'll be adding to the catalog on a regular basis, so be sure to check back here for the latest information about Xbox 360 titles that are playable on Xbox One."