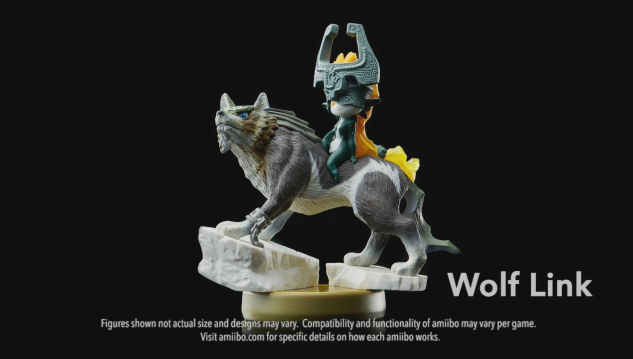 You won't have to buy The Legend of Zelda: Twilight Princess HD to get your hands on the cool new Wolf Link amiibo.

So while Zelda fans did have some disappointment in 2015, with news that the Wii U Zelda wouldn't be coming until 2016, one of the surprise good news announcements was a HD remaster of Twilight Princess, releasing on March 4, 2016. Additionally, the game would come packaged with a super sweet Wolf Link amiibo, complete with Midna riding on top.

We had previously believed the amiibo to be exclusive to this bundle, but now it looks like you'll be able to purchase him separately , if you don't want to buy the game. Nintendo has updated its product certification listing for a version of the amiibo sans game. Indeed, if you follow the link, you'll see that the reference image is consistent with all of the other stand-alone amiibos out there.

There is no indication on whether or not the individual amiibo will launch at the same time as the bundle. Previously bundled amiibos have all eventually gone on to see individual release, so it may be a period of "timed exclusivity" to the bundle for Wolf Link.