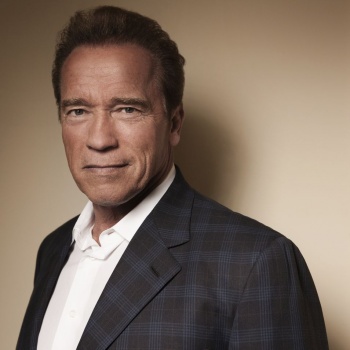 Arnold Schwarzenegger doesn't care what you think about climate change: He's going to talk you into renewable energy anyway.

Between the Paris conference and our exceptionally warm winter, climate change is on everyone's mind. And while it's great that the world's nations have a greenhouse gas accord, making businesses and the public follow suit might prove a difficult task. But you know who could pull it off? The freaking Terminator. Arnold Schwarzenegger himself recently posted an open letter on Facebook, making a case for renewable energy that has nothing to do with greenhouse gases. In fact, Arnold "doesn't give a ****" whether you think climate change is real or not.

"Let's put climate change aside for a minute. In fact, let's assume you're right." Schwarzenegger writes. "Every day, 19,000 people die from pollution from fossil fuels. Do you accept those deaths? Do you accept that children all over the world have to grow up breathing with inhalers? Now, my second question: Do you believe coal and oil will be the fuels of the future? Besides the fact that fossil fuels destroy our lungs, everyone agrees that eventually they will run out.

Schwarzenegger also argues that renewable energy actually boosts the economy, using California as an early-adopter example. This certainly isn't a new belief for Schwarzenegger - he expressed the same sentiments during his time as governor. But it's still a refreshing approach that doesn't get bogged down by the same greenhouse gas discussion. It's worth reading in full, even if the "four-letter word" he chooses is tamer than you might think.

"Behind Door Number One is a completely sealed room, with a regular, gasoline-fueled car," Schwarzenegger writes. "Behind Door Number Two is an identical, completely sealed room, with an electric car. Both engines are running full blast. I want you to pick a door to open, and enter the room and shut the door behind you. You have to stay in the room you choose for one hour. You cannot turn off the engine. You do not get a gas mask.

"I'm guessing you chose the Door Number Two, with the electric car, right? Door number one is a fatal choice - who would ever want to breathe those fumes? This is the choice the world is making right now."