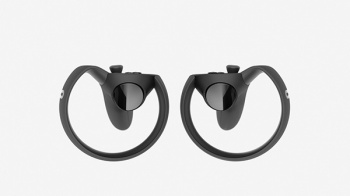 "We appreciate your patience and promise Touch will be worth the wait."

It was announced today that Oculus' Touch motion controllers have been delayed until the second half of 2016.

"On the path to perfecting Touch, we've decided that we need more time before release, and we'll now be shipping Touch in the second half of 2016," the statement reads. "Pre-orders will open a few months prior to launch."

The delay will not affect the Rift, which is still expected to ship in the first quarter of 2016. The statement says that preorders for the Rift will open "very soon."

The company also promises that "a huge amount of ground-breaking new content" will be launching alongside Touch.

"The feedback on Touch has been incredibly positive, and we know this new timeline will produce an even better product, one that will set the bar for VR input," the statement concludes. "We appreciate your patience and promise Touch will be worth the wait."