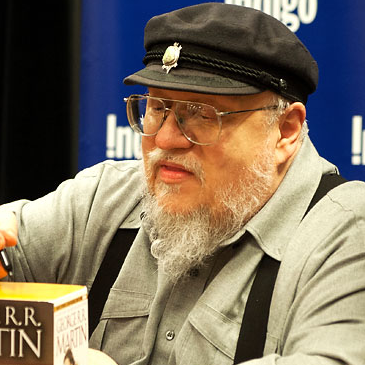 George R.R. Martin says that he's received thousands of supportive comments and messages following his reveal that The Winds of Winter will be delayed.

George R.R. Martin recently revealed The Winds of Winter, the next chapter in his long running Song of Ice and Fire novel series, is not going to be released anytime soon. With Game of Thrones, the HBO series based on the books, pushing steadily forward, fans of the books now stand to find themselves in a position where the TV show will spoil the books rather than the usual status quo of vice versa. The announcement, in turn, left more than a few book fans feeling angry.

Speaking about the issue again recently however, Martin shared that it's not the negative responses that have left him feeling "astonished," but rather the influx of support. "The outpouring of support in response to my post on THE WINDS OF WINTER has been astonishing," wrote Martin in a Livejournal post on Saturday. "There were forty pages of screened comments on the post by the time I logged on this morning. I haven't even been able to read half of them as yet... I cannot tell you how much I appreciate all the kind words and good wishes." He ended the post by labeling his current mood as "rejuvenated."

While it's a little bit depressing that Martin would be surprised by Ice and Fire fans reacting to him positively, his response shouldn't come as much of a surprise considering the vitriol he's had to deal with from disgruntled readers in the past. That being the case, good on people for letting him know that he and his work are appreciated. Creative work is hard even when you're as successful as George R.R. Martin. Knowing people like what you're doing can be a huge inspiration to move forward in moments of difficulty.

Related to:
stew shearer, a song of ice and fire, game of thrones, george rr martin, movies and tv
0
Tweet