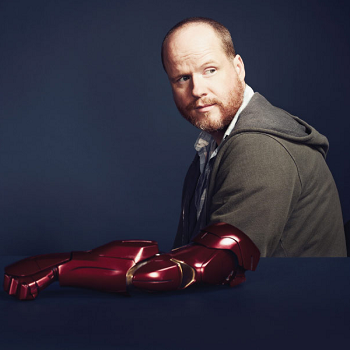 "I f*cking have no spine or self-identity or anything, and it's horrifying. It sucks... But I'll be okay... Later..."

Joss Whedon's falling out (or whatever you'd call it) with Marvel has been one of the most publicly documented yet thinly-veiled breakups in recent memory. In the time since Avengers: Age of Ultron was released, Whedon has lamented the loss of Edgar Wright's Ant-Man script and criticized both the decision to turn Daredevil into Netflix series rather than another movie and the general state of Marvel among other grievances.

But Whedon's issues seem to extend far beyond just sour grapes -- he was, after all, the man behind two of Marvel's greatest successes, even if the reaction to Age of Ultron was slightly less than thrilling. Gifted storytellers of his type often achieve the best results when left to do their own thing, which is next to impossible when attempting to please the many masters involved in a Marvel production.

His decision to step away from the MCU was one of the many topics Whedon recently spoke about during a Q&A interview with the Oxford Union. When asked if he could ever be swayed to direct another Marvel film, Whedon was understandably blunt.

"No. You know I was their sort of consigliere for a while... We do not discuss our thing... But, I sort of had my finger in all of the films in the second phase, but then I just had to concentrate only on Ultron, and sort of know when it was done I was just going to stop," said the Age of Ultron director while speaking on his future with the company.

Truthfully, it's hard to disagree with Whedon's notions when looking at the litany of characters being crammed-packed into each successive Marvel entry. Captain America: Civil War will feature some 16 superheroes in the main cast alone, bring a whole new meaning to the term "lip service" (you know, like the lip service that many felt weighed down Age of Ultron).

Speaking of which, Whedon also commented on the criticism he received for Age of Ultron, which is enough to make any aspiring director reconsider the glorious life of directing multi-million dollar comic book films.

Ultron has been the most complicated response I've gotten, and the way I deal with it is becoming fetal for about eight months. I fucking have no spine or self-identity or anything, and it's horrifying. It sucks... But I'll be okay... Later...

Honestly, I can't imagine that it would be easy for any director to achieve their vision when dealing with as many cooks as a Marvel product must entail, especially when knowing that the film's failures will be placed solely on your shoulders alone when all is said and one. And while you'd like to think that Whedon would have moved on to better endeavors by now, the fact that he reportedly made more money from his self-produced Dr. Horrible's Sing-A-Long blog than he did to direct The Avengers won't exactly help him heal his wounds.

Check out Whedon's full interview with the Oxford Union below.