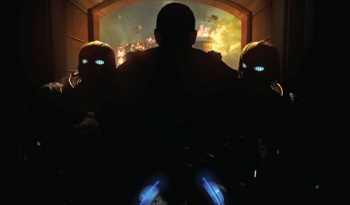 In the video game world, delays are becoming more and more commonplace, so it's somewhat refreshing to hear that a game's release date has actually been pushed forward. That's the case for Microsoft's Gears of War 4, originally slated for "Holiday, 2016", Microsoft has confirmed that the game will now release in "Fall, 2016".

During a livestream broadcast, Microsoft representatives confirmed the new release date. They also confirmed that the game's beta will launch in Spring, 2016, and that the first 1 million people who purchased the Gears of War Ultimate Edition will get priority access.

Microsoft said that 45 percent of Ultimate Edition players are new to the Gears of War franchise, which would certainly bode well for the upcoming sequel, and could be part of the reason why the release date was moved up.

Pushing a game's release date forward is a risky move. On the one hand, it is of course welcome news for fans who have been waiting to get their hands on the game, but on the other hand, it may lead to the game being rushed and buggy on launch.