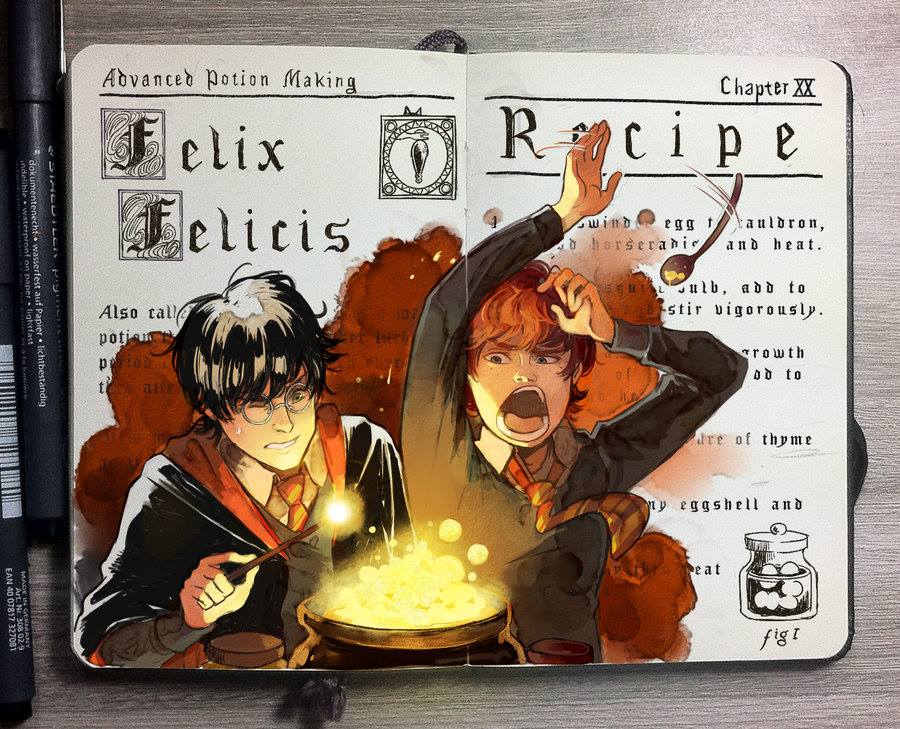 With its millions of fans, there's no lack for art based on the wizarding world of J.K. Rolling's Harry Potter books. That being the case, you'd still be hard-pressed to find art anywhere near as lovely as what Gabriel Picolo's been producing. A huge fan of Harry Potter, Picolo started work last year on a series of illustrations aimed at bringing life to some of the franchise's most iconic creatures, potions and spells.

Beginning back in November 2015 with a drawing of the Felix Felicis potion, Picolo has already illustrated a wide variety of Potter staples including the Golden Snitch, Expecto Patronum and more. "I was inspired by some of the movies' screenshots," he explained, speaking to The Escapist. "When they show a glimpse of the spell books, I thought that, as a fan, I would like to see something like this coming to life." According to Picolo, each drawing takes about "five to six hours" to complete.

Honestly, we were kind of surprised that they didn't take longer. Even if you set aside the inherent awesome factor that comes from being based on Harry Potter, Picolo's work is absolutely gorgeous and fits the tone of the subject material perfectly. If you'd like to see more of his work, it can be found on his DeviantArt page. He also has a Patreon running so feel free to chip in a bit of cash if you're feeling generous.