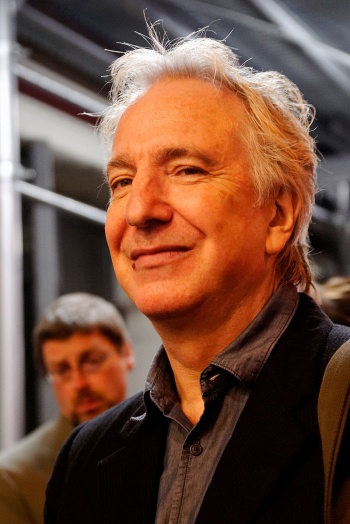 Alan Rickman, one of Britain's most beloved actors, has passed away. His family made the announcement earlier today, revealing the cause of death as cancer. He was 69 years old.

Rickman started his career in theater, and eventually transitioned to TV dramas in the 1980s. But it wasn't until his film debut, Die Hard, that he found mainstream appeal - largely thanks to a chilling performance as Hans Gruber. Rickman proved highly capable of a threatening, yet intellectually sophisticated presence, making him an ideal candidate for on-screen villains. He won a BAFTA for his performance as the Sheriff of Nottingham in Robin Hood: Prince of Thieves, and was the primary antagonist of Sweeney Todd. He also lend that presence to Harry Potter's Professor Snape, creating a rich portrayal that was among the most memorable of his career.

While Rickman's film legacy may be filled with villains, those who knew him personally remember him as a friendly and charming man. James Phelps, who played as Harry Potter's Fred Weasley called Rickman "one of the nicest actors I've ever met. Thoughts and prayers with his family at this time."

His twin brother Oliver (who played as George) echoed those sentiments. "Terribly sad news about the passing of Alan Rickman," he said. "A funny and engaging person who put a shy young actor at ease when I was on Harry Potter."

However you remember Alan Rickman, be it as Hans Gruber, Professor Snape, or even his comedic turns in Love Actually or Dogma, one thing is clear - we've lost a genuine acting legend today. He will be deeply missed.