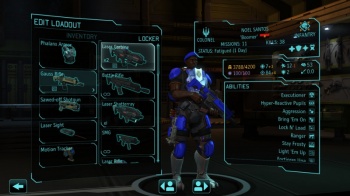 The creators of XCOM: Long War have partnered with Firaxis to create several XCOM 2 mods for its February launch date.

When Long War Studios announced its new game, Terra Invicta, the immediate reaction was crystal clear: "So you're not making Long War for XCOM 2?" Considering the team's original XCOM: Long War mod was a huge success for Enemy Unknown, the reaction is understandable. But it might be unfounded: In a recent blog post, Firaxis announced a new partnership with Long War Studios, who are producing several XCOM 2 mods that will launch alongside the core game.

Outside of being a great way to get Long War Studios' content into XCOM 2, this is a perfect way to advertise mod support. Firaxis is on the record as saying mod support was a missed opportunity for Enemy Unknown. So what better way to promote the new system than having professionally-made mods available at launch?

The question now is what mods Long War Studios is working on, since Firaxis is saving those details for another announcement. The original XCOM: Long War overhauled almost every element of the core game - increasing your tactical options, granting the alien invaders their own research tree, allowing even more soldiers to participate in missions, and much more. If Long War 2 isn't in the cards, these mods might offer individual components of the original so fans can assemble a custom Long War of their own.

The other option, albeit an unlikely one, is that Long War Studios have been working on an official sequel alongside Firaxis that will be available when XCOM 2 launches in February. But even if we don't get Long War 2 right away, XCOM 2's mod support means we'll probably see something like it soon.