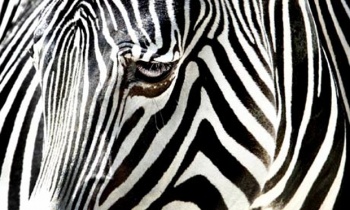 A new study has revealed that zebra stripes actually provide no benefit in terms of camouflage - so what are they for?

It has been the prevailing wisdom for centuries, if not longer, that the zebra's distinctive black-and-white striped coat is there for camouflage. The theory goes that the zebra's primary predators, such as big cats, can't discern the animal's pattern from nearby tall grasses. To a human eye, of course, zebras stand out against the golden-brown of the savannah like a sore thumb, but we figured "it's a lion thing," and let it go.

Now, new research suggests that even big cats aren't affected by the stripes.

"The most long-standing hypothesis for zebra striping is crypsis, or camouflaging, but until now the question has always been framed through human eyes," says the study's lead author, Amanda Melin, an assistant professor of biological anthropology at the University of Calgary, Canada. "We, instead, carried out a series of calculations through which we were able to estimate the distances at which lions and spotted hyenas, as well as zebras, can see zebra stripes under daylight, twilight, or during a moonless night."

Basically, we've never actually looked at a zebra through the eyes of a lion. As it turns out, lions and hyenas can clearly separate a zebra from its surroundings, even under low light conditions. What's more, each of those animals' enhanced senses of smell and hearing would more than compensate for a lack of visual acuity. 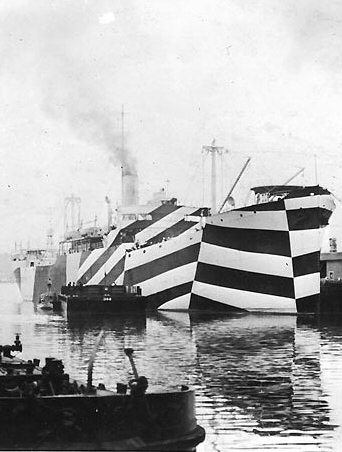 To make matters more confusing, even zebras don't seem to care much for the stripes of their friends. They may be able to tell apart individuals, but all social animals can do that without such garish signals.

It might be of note that none of the research rules out "razzle dazzle" camouflage, wherein the subject isn't hidden from view, but their movements are obfuscated. In World War 1, for example, warships were painted with strange, confusing designs, that made them seem as if they were moving in different directions than they actually were, frustrating torpedo operators.

Possibly, zebras' stripes fulfil the same function - when they run, a predator's eyes have a hard time tracking them. No one can say for sure just yet.

What do you, scientists of The Escapist, think the stripes might be for? Is there an angle no one has looked at yet?