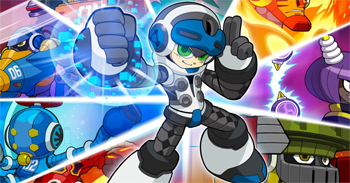 The long road toward the release of Mighty No. 9, the highly-anticipated first release from Comcept studio, has produced another bump. According to a post from founder Keiji Inafune, the game will not be finished in time for its February 9th release date.

In the post, Inafune explained that the delay is necessary to resolve problems with the game's network code, specifically with matchmaking. These issues have been exacerbated by the number of platforms the game is in development for and the developer's choice of engine, Unreal Engine 3, which is no longer receiving updates.

No solid release date has been announced, with Inafune stating that the team wants to, "wait and make sure that everything is confirmed to be ready," before making that commitment again. It is currently expected to arrive Spring 2016.

This is the third such delay for Mighty No. 9, a spiritual successor to the Mega Man series Inafune is best associated with, funded through Kickstarter in 2013 to the tune of $3.8 million. The game was originally set to release in April of 2015.