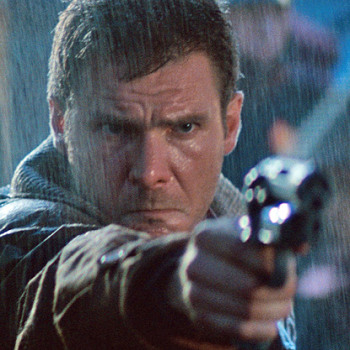 Though it's been rumored for years, it looks like we will finally see a follow-up to Blade Runner, for better or for worse.

Ridley Scott's Blade Runner is more than just an all-time classic of the Sci-Fi genre, it's a triumph of filmmaking in general.

Directed by Ridley Scott in 1982 (and based on Philip K. Dick's novel "Do Androids Dream of Electric Sheep?"), Blade Runner not only nabbed a pair of Academy Award nominations upon its release, but has since been selected by the Library of Congress for preservation in the United States National Film Registry for being "culturally, historically, or aesthetically significant" and was named "The 2nd most visually influential film of all time" by the Visual Effects Society in 2007.

And now, it will be getting a sequel, reports Bloody-Disgusting:

An announcement was made today that Warner Bros. Pictures will distribute Alcon Entertainment's follow-up to Ridley Scott's 1982 masterpiece Blade Runner here in the States, with Sony handling all of international.

Hampton Fancher (co-writer of the original) and Michael Green have written the original screenplay based on an idea by Fancher and Ridley Scott. The story takes place several decades after the conclusion of the 1982 original.

Now, before you freak out about yet another soulless Hollywood remake/sequel stomping all over your childhood, wait until you get a load of the talent involved: Prisoners and Sicario director Denis Villeneuve has signed on to helm the picture, with Ridley Scott serving as executive producer. Ryan Gosling will reportedly star, and Harrison Ford will also be returning to reprise his role as Rick Deckard.

And the best (or worst, depending on where you stand) part? Villeneuve's Blade Runner will only be the first of several proposed prequels and sequels intent on expanding the universe of Dick's novel and the original film.

Having just gotten around to seeing Blade Runner -- the theatrical cut, unfortunately :( -- I can't say I'm opposed to the idea. Sure, the sequel will be fighting an uphill battle when it comes to surpassing or even being held in the same light as the original, and Rutger Hauer's villain is absolutely irreplaceable, but if Blade Runner 2: Cool Runnerings (another wholly original working title from yours truly) can produce even one moment as great as the "Tears in Rain" speech, wouldn't it all be worth it?