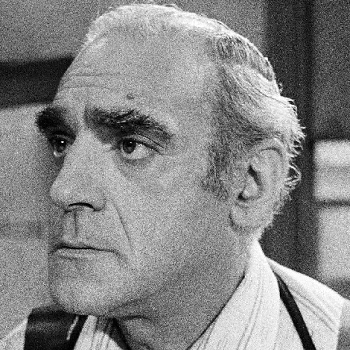 Thought it's been falsely reported in the past, it appears that the reports of Abe Vigoda's death finally have some truth to them.

To a past generation, he was known as Sal Tessio, the Corleone family's traitorous capo. To ours, he was the old dude who took a hit like a champ in that Snickers commercial alongside Betty White. But to those who were true fans of his immense body of work, he was known simply as Abe Vigoda.

Earlier today, the legendary actor passed away in his daughter's New Jersey home from natural causes, according to a statement released to the Associated Press. He was 94.

Though perhaps best known for his role as Tessio in Francis Ford Coppola's The Godfather, Vigoda actually began his acting career close to 30 years earlier, collecting bit parts on various television shows in the late 40's into the 60's. With his sunken eyes and ghoulish appearance, Vigoda quickly began to amass credits following his role in The Godfather, usually portraying tough-nosed cops or the mob goons they were so often chasing.

His most notable role during that time came as Detective Sgt. Phil Fish on Barney Miller, which ran for eight seasons between 1974 and 1981. The memorable story of just how Vigoda landed that role, according to the man himself, was documented in Louis Zorich's 2009 novel What Have You Done?: The Inside Stories of Auditioning-from the Ridiculous to the Sublime

While living in Los Angeles, I'd jog three to five miles a day. One morning jogging, my agent calls about a new series called Barney Miller, saying, "Go there at once."

Well, I was tired and exhausted ... I must have run five miles that morning. I said. "I have to go home and take a shower."

"No, no, no. Go right now to Studio City, you're very right for it, they know you from The Godfather, they want to see you."

"Go"
Danny Arnold and Ted Flicker, the producers, look at me, I look at them, they look at me again. "You look tired."

"Yeah, yeah, tell me, you look like you have hemorrhoids."

"What are you, a doctor or a producer?"

Ironically enough, Vigoda's death has been a subject of much debate over the years, with it falsely being reported on two separate occasions -- first in 1982 in People magazine and again in 1987 on a local news channel in New Jersey. These false reports of his death became so synonymous with the actor himself that they eventually led to the creation of the tongue-in-cheek website, Isabevigodadead.com, which consisted of a blank page with the word "No" since the day it was created in 2005.

94 years, 94 acting credits. We lost another good one today, ladies and gentlemen.