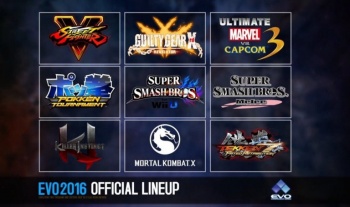 In a move that is sure to perplex hardcore fighting game enthusiasts, EVO and Nintendo have announced that Pokken Tournament, the Pokemon fighting game, will be featured at EVO 2016.

Pokken Tournament joins Super Smash Bros. Wii U, Super Smash Bros. Melee, Street Fighter V, Guilty Gear Xrd, Ultimate Marvel Vs. Capcom 3, Mortal Kombat X, Killer Instinct, and Tekken 7 as the games that will be played at the event. This means that Nintendo games now make up 1/3 of the entire roster, which considering just three years ago the company tried to block Super Smash Bros. Melee from being featured in the tournament is pretty impressive.

It also means that Pikachu will be playable in 1/3 of the games at EVO...