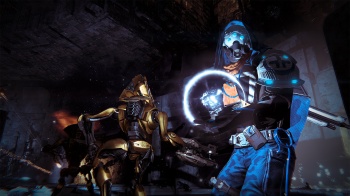 Harold Ryan has been president of Bungie for the last 16 years.

Today, Destiny developer Bungie has announced that Harold Ryan, president/studio head of the company for the last 16 years, has stepped down. Former COO Pete Parsons will take his place as the new CEO of the company.

"I want to personally thank Harold for his friendship, passion, hard work, and dedication in helping make Bungie the great company it is today. As a team, we celebrated many victories and weathered many storms," wrote Parsons in an opening address.

He stressed that Destiny players are his number one priority, and ensuring that the game's "one-of-a-kind experience" is up to par will be what he is focusing on. He promises that we "have yet to see" the studio's best work on the game.

Ryan was president of Bungie for pretty much all of the studios major titles: from ONI's release back in 2001, to the runaway success that was the Halo series. It's difficult to see what direction the company will head in without him.