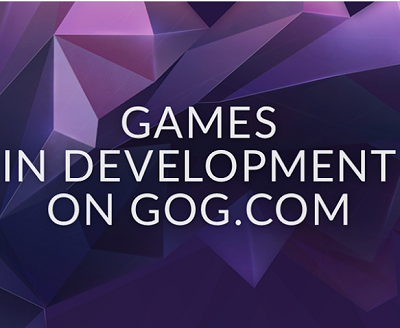 Back in May 2014, GOG revealed that it was considering launching its own Early Access program to help bolster its library of games. Today, it finally and formally entered the Early Access ring.

In an announcement on its site, GOG confirmed that it has added a selection of "Games in Development" titles that its customer can now purchase and play. Immediately attempting to contrast itself with larger competitors like the Steam, the company also affirmed that it would only be selling In Development titles that it feels to be worthy of gamer's money. "We're hand-picking only the games we can truly stand behind," said the site's announcement. "Offering a selection of the most promising titles, and those most highly requested on the Community Wishlist, is our way of avoiding bloat and ensuring that every game will be worth your time." The opening round of releases is currently on sale at a discounted rate and includes the following:

GOG would go on to confirm that its already existing 14-day "no-questions-asked" refund policy will extend to its In Development games. GOG customers using its Galaxy client will also be able to roll back their games to earlier versions if they decide they don't like additions made by the developers. As per the rest of its catalog, all of GOG's In Development titles will also be DRM-free.