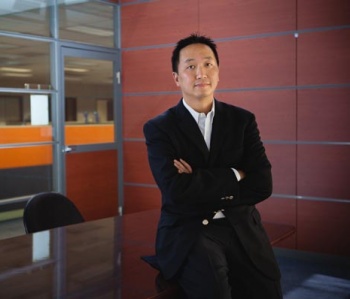 When a patent-holding company sued a Newegg subsidiary, it was biting off more than it could chew. Though the suit was dropped, Newegg has decided to sue them right back.

Patent-holding company Minero Digital fell victim to one of the classic blunders. The most famous is never get involved in a land war in Asia; only slightly less well-known is that you don't try to patent troll Newegg. There was also one about a Sicilian.

Newegg, it turns out, has a history of crushing patent trolls in court.

The story so far is this: Minero acquired a patent in April of 2015 that dated back to 1995 at Apple. The patent described a daisy-chain of serial bus connections for linking various peripherals to a base station. Nowhere does the patent mention Universal Serial Bus (USB), which at the time was still being developed by a consortium of tech giants, but that isn't stopping Minero from claiming its patent covers those ubiquitous plug-ins.

That, for those who don't know, is what maybe makes Minero a "patent troll." That usually refers to a company that does nothing but own and enforce "weak" patents for profit, taking advantage of defendants' small legal funds or a court's poor understanding of tech. Rosewill, which makes cables, power supplies, and so on, seemed like one of those small companies that couldn't put up much of a fight. As someone who's shopped for electronics online might know, however, Rosewill is a subsidiary of online tech retailer Newegg.

Minero made the first move in September. After Newegg confirmed they would happily fight the lawsuit in court, the suit was dismissed (though other defendants are still named, and Minero can re-file in the future). According to Newegg's counsel, they reached a settlement where Newegg would give a "nominal donation to charity," not paying Minero a dime.

That brings us up to this week, when Newegg announced it wasn't done with Minero Digital just yet. "We just don't believe Rosewill's products and customers infringed on valid patent claims," says Newegg's chief legal officer, Lee Cheng. "Minero's case does not have merit, and its patent is not only expired but would suck even if it wasn't expired. Now that they have started the litigation, it would be irresponsible for Newegg to not finish it."

It's impossible to really know how Newegg's counter will affect the outcome of Minero's suit with other defendants. At the very least, it would divide the resources of the patent-holder, which is represented by a single lawyer.

We'll bring you more news when we have it. Until then, keep your USBs safe.