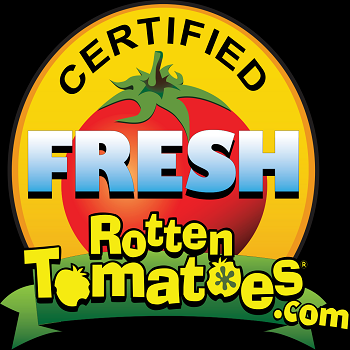 And yet again, it appears that Tremors has been screwed over.

If there's one thing I've learned in my years as a highfalutin movie blogger, it's that the Academy of Motion Picture Arts & Sciences has *never* picked the correct winner for Best Picture in the 87-year history of the Oscars. Not. Once. I thought they got it right last year with Birdman, but according to at least a few hundred Youtube, reddit, and Facebook comments, I was wrong. Dead wrong. Who woulda guessed?

It all comes down to one simple fact, I've learned: Movies are art, and art is subjective (a guy by the name of Squidboy64 taught me that after insulting me ferociously). If only there were some quantifiable means of determining that one movie was in fact better than another -- an aggregation website, if you will, that used compiled hundreds of critical reviews and converted them into percentages that determined if a movie was either viewed, say, "favorably" or "unfavorably."

What? You say there's a website that does exactly that, and has actually been doing it for years?!! I'VE LEARNED NOTHING.

Well now that my universe has been shattered, I guess I might as well pass along some data from this Rotten Tomatoes site you speak of.

Originally compiled by James Story of Elmshow.com, the gallery below (presented in semi-random order, because our viewer SUCKS) looks back at every previous "Best Picture" winner in Oscar history and determines which film REALLY should have won based on its "Tomatometer" score (whatever that is).

The result? An Academy that has only chosen the correct Best Picture winner 26% of the time. You hear that? The Internet was right. The Internet...was right...

Even more startling than that figure was the revelation that I, a famed movie blogger/pornography historian/weekend exorcist, was wrong about Birdman being 2014's best picture. It was actually Selma, which is a great oversight to make public in these #BoycottTheOscars times. Way to go, James. Way to go.

Head over to Elmshow for more facts and raw data, then let us know how you plan to use this knowledge to obliterate your friends in your next heated movie debate.