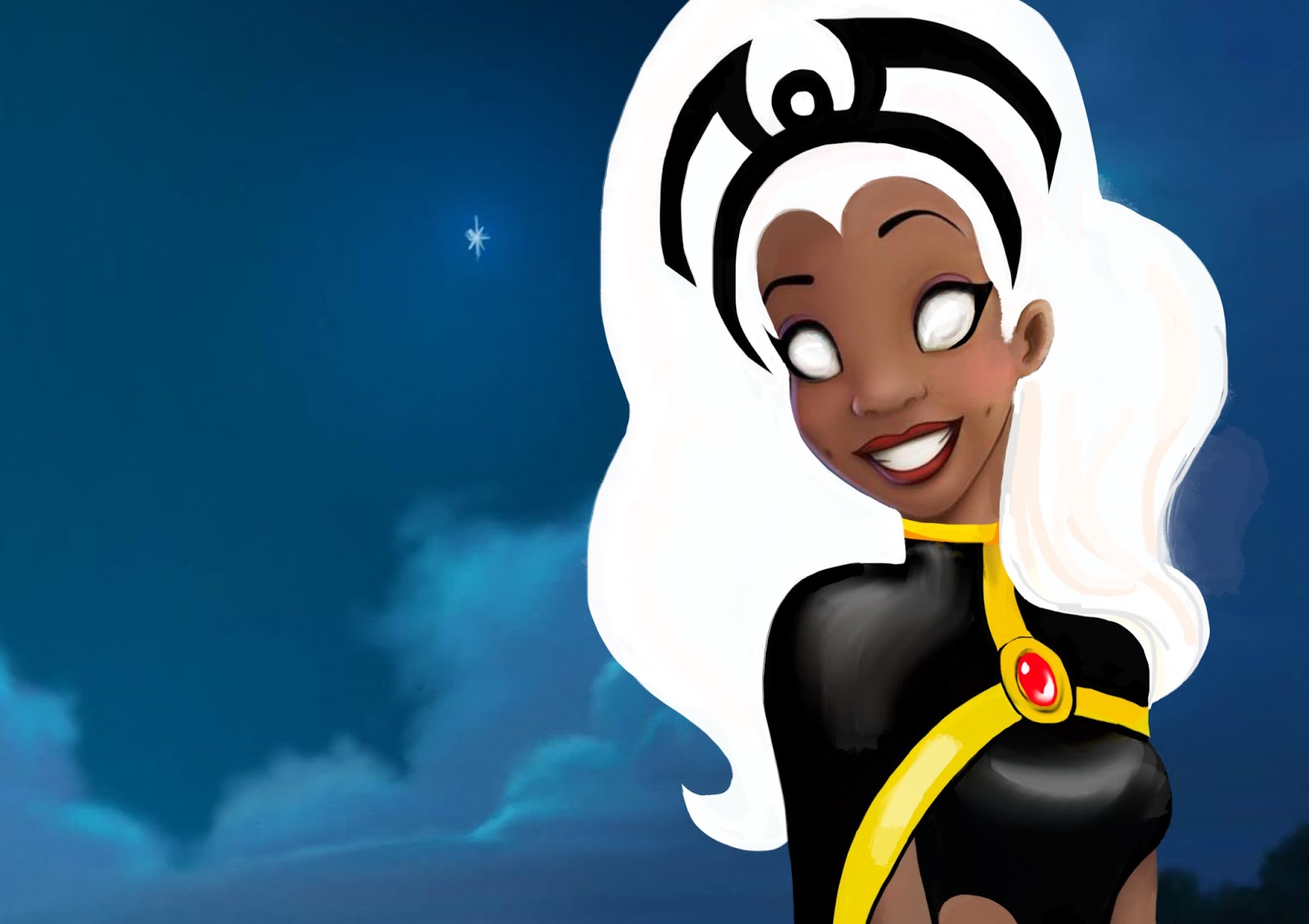 Yeah, we post reimagined Disney princesses quite a bit, but this time we do it with them re-envisioned as X-Men.

San Francisco-based artist Diego Gomez, aka DesignNurd, has taken the Disney princesses to a new level - that of mutant. Taking screen caps from classic Disney movies, Gomez has reimagined the ladies as kickass X-Men.

You've got Tiana as Storm, Merida as Rogue, Pocahontas as Psylocke, and Jasmine as Mystique. But I think my favorite is Cinderella as Emma Frost, which seems like a fitting transformation.

"I was inspired to create the Disney Princess X-Men because I like mixing together my favorite things," Gomez told The Escapist. S"ome people like sex, drugs & rock n roll - I like Disney Princesses & X-Men... and cookies but I left those out - this time."

He had reasons for each choice as well.

"I chose particular princesses to turn into their X-Men counterparts based on looks and background," he said. "I chose Alice to turn into Magik because they are both young blond girls who wind up in dangerous lands. Alice went to Wonderland and Magik was raised in Limbo. I transformed Ariel into Phoenix because they're both red heads who go through major transformations where they start their lives anew - Ariel becoming human, Jean Grey turning into the Phoenix, dying and coming back repeatedly.

"Aurora into Dazzler because they're both singers with dark blond hair and duel identities: Princes/Pauper & Pop Star/Mutant-Superhero. Belle into Shadowcat, because they're both bookish brunettes. Cinderella into Emma Frost because they are both blondes who transform - Cinderella from rags to riches with glass slippers, Emma from human skin to "diamond" skin that resembles cut glass. Jasmine into Mystique, because of their costumes, big hair and fiery temperament. Merida into Rogue, because of there wild hair & tough nature.

"Mulan into X-23, because of their raven hair and unbeatable fighting prowess. Pocahontas into Psylocke because of their features and because historically Pocahontus was taken to Europe, taught English and renamed Rebecca, Psylocke was originally English but her mind/soul was put into a Japanese body. Rapunzel into Polaris, because they both have the most outlandish hair and grew up without their fathers. Tiana into Storm, because they're both the lone black character and they are also the most tenacious: Tiana is the first princess to dream of having a career and Storm is the First female leader of the X-Men, a role she won by battle Cyclops for the title without using her powers. Snow White into Jubilee, because they are both young girls who find asylum in a group of friends (the seven dwarves & The X-Men)."

If you want to see him actually do the conversion, you can check out the videos on his YouTube channel. He also sells his work on RedBubble.