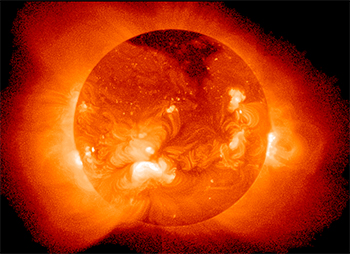 China has crushed Germany's hydrogen fusion record in an experiment with result three times hotter than our Sun.

Fusion reactors are the Holy Grail of clean energy, producing almost unlimited fuel with none of the pesky environment side effects. We're just waiting for the technology to become viable, which makes Germany's Wendelstein 7-X experimental reactor so promising. But according to a new study, China has just surpassed Europe's fusion record, producing energy far longer than Germany did last January.

In case you're unfamiliar with fusion reactor technology, it attempts to recreate the immense energy of a star by heating hydrogen gas to comparable temperatures. As insane as that sounds, it's already possible with today's technology - but only for an instant. For example, Germany's Wendelstein reactor heats hydrogen to just over 80 million degrees Kelvin for less than a second.

China's Experimental Advanced Superconducting Tokamak (EAST) reactor, on the other hand, makes a far more impressive claim. It's cooler than the Wendelstein - only 50 million degrees Kelvin - but can maintain the temperature for 102 seconds. According to Chinese physicists, EAST achieves this with a powerful magnetic field which keeps the hydrogen suspended inside its chamber.

EAST's original goal was to reach 100 million Kelvins for 1000 seconds, but if these numbers are accurate, we're still looking at a new fusion record. These temperatures are also far hotter than the Sun itself - roughly 15 million Kelvin - and comparable to a medium-scale thermonuclear explosion. It will probably be a few decades before these reactors are feasible for meeting our widespread energy needs, but if this helps kick off a new energy race? Maybe the more optimistic fusion predictions won't be so unreasonable any longer.