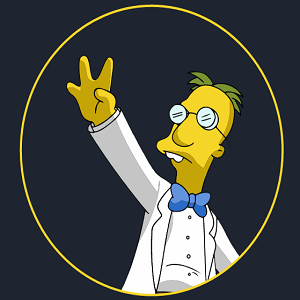 Frinkiac contains millions of screenshots and thousands of quotes taken from the first 15 seasons of The Simpsons.

While I don't watch much of The Simpsons nowadays, there was a long stretch of my life where it was one of my entertainment mainstays. For years, I never missed an episode and I wasn't the only one. In its prime, The Simpsons was one of the most widely viewed shows on television, earning a base of fans who still adore its best moments and jokes.

Standing among those fans are Sean Schulte, Paul Kehrer and Allie Young, a trio of coders who recently opened their search engine Frinkiac to the public. Designed to direct Simspsons fans to quotes and screenshots from the show, Frinkiac gives users the ability to search for specific words or phrases that are then matched up with moments from the first 15 seasons of the series. "We had the idea several years ago when we were quoting The Simpsons at each other all day long, and it was surprisingly difficult to find an image of the scenes we were quoting on Google," explained Schulte.

These difficulties eventually led Schulte and company to start working on Frinkiac to make sure they were never at such a loss again. The site includes more than three million screen shots parsed from the series' video footage and sorted using a process that analyzes the average color of a scene. Combined with subtitle files, Frinkiac is then able to line up users' word searches with moments from the show. The site also includes a "Meme It" option that gives you the ability to create and edit memes based on the images and quotes you're searching for.

In other words, this is basically the greatest thing ever put onto the internet. Granted, I might be a tad biased due to my already expressed loved of The Simpsons, but I seriously challenge even casual fans to visit Frinkiac and not fall down a rabbit hole of nostalgia. No joke, before I wrote this I spent the better part of an hour just looking up Simpsons quotes and laughing my ass off. Check it out and let us know if the same happens to you.