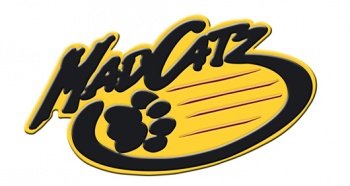 Gaming peripheral maker and Rock Band 4 publisher Mad Catz has just had quite the executive shake-up.

Something seems to be going on over at Mad Catz - the folks who built up a name for themselves making quality fight sticks, and recently became the publishers of Harmonix's Rock Band franchise. Just a day before the company's earnings call, Chairman Thomas Brown, President and CEO Darren Richardson, and Senior VP Whitney Peterson have all tendered their resignations.

The company has scrambled to fill the gaps, quickly naming director John Nyholt as the new Chairman, and CFO Karen McGinnis as the new President and CEO.

"Looking ahead, we are confident that we have a talented leadership team in place that will enable us to steer the Company on a steady course in its operations and financial performance as we look to grow our business and reward our shareholders," McGinnis said in a statement.

Mad Catz stocks have taken a dive on the heels of the shake-up.