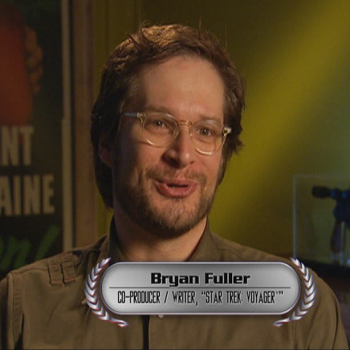 The former Star Trek co-producer will return to his roots as the showrunner behind the upcoming series.

Reboots: They're all that us in the TV/Movie blogging biz seem to be writing about these days, aren't they? With everything from Saw to MacGyver finding new legs, it's almost impossible to turn anywhere in Hollywood without bumping into a recently dug up corpse, figuratively speaking.

Notable among the massive number of properties being resurrected for a new generation is, of course, Star Trek, which will be beaming its way back into our homes (or rather, our computers, tablets, and smartphones) in January of 2017.

With production on the new series being kickstarted back in November, fans of the original Star Trek have been anxiously waiting to find out who would serve as the show's main creative force, be he a diehard Trekkie or another Hollywood hackjob, and fortunately, it appears to be the former.

According to The Hollywood Reporter, CBS has found its showrunner in the form of Hannibal creator, Bryan Fuller.

The veteran writer-producer has been tapped to serve as co-creator and showrunner on CBS' Star Trek reboot and will serve alongside Alex Kurtzman, The Hollywood Reporter has learned.

CBS' new Star Trek - picked up straight to series to air on CBS' digital platform All Access - hails from prolific producer Kurtzman. The series is a new take on the beloved sci-fi classic, with the premiere slated to air on the network in January 2017 before subsequent episodes air on its digital and VOD platform. Star Trek marks the first original series developed specifically for CBS All Access.

A lifelong Trek fan, Fuller actually got his start as a writer on Star Trek: Deep Space Nine and Star Trek: Voyager, penning 22 episodes in total.

"My very first experience of Star Trek is my oldest brother turning off all the lights in the house and flying his model of a D7 Class Klingon Battle Cruiser through the darkened halls. Before seeing a frame of the television series, the Star Trek universe lit my imagination on fire," said Fuller in a statement.

"It is without exaggeration a dream come true to be crafting a brand new iteration of Star Trek with fellow franchise alum Alex Kurtzman and boldly going where no Star Trek series has gone before."

In 2006, Fuller was even quoted as saying that he never wanted to be a TV writer but "wanted to be a Star Trek writer," so one would have to imagine that he'll do the series justice here. Regardless, Star Trek the show is already looking a lot more promising than Star Trek Beyond.