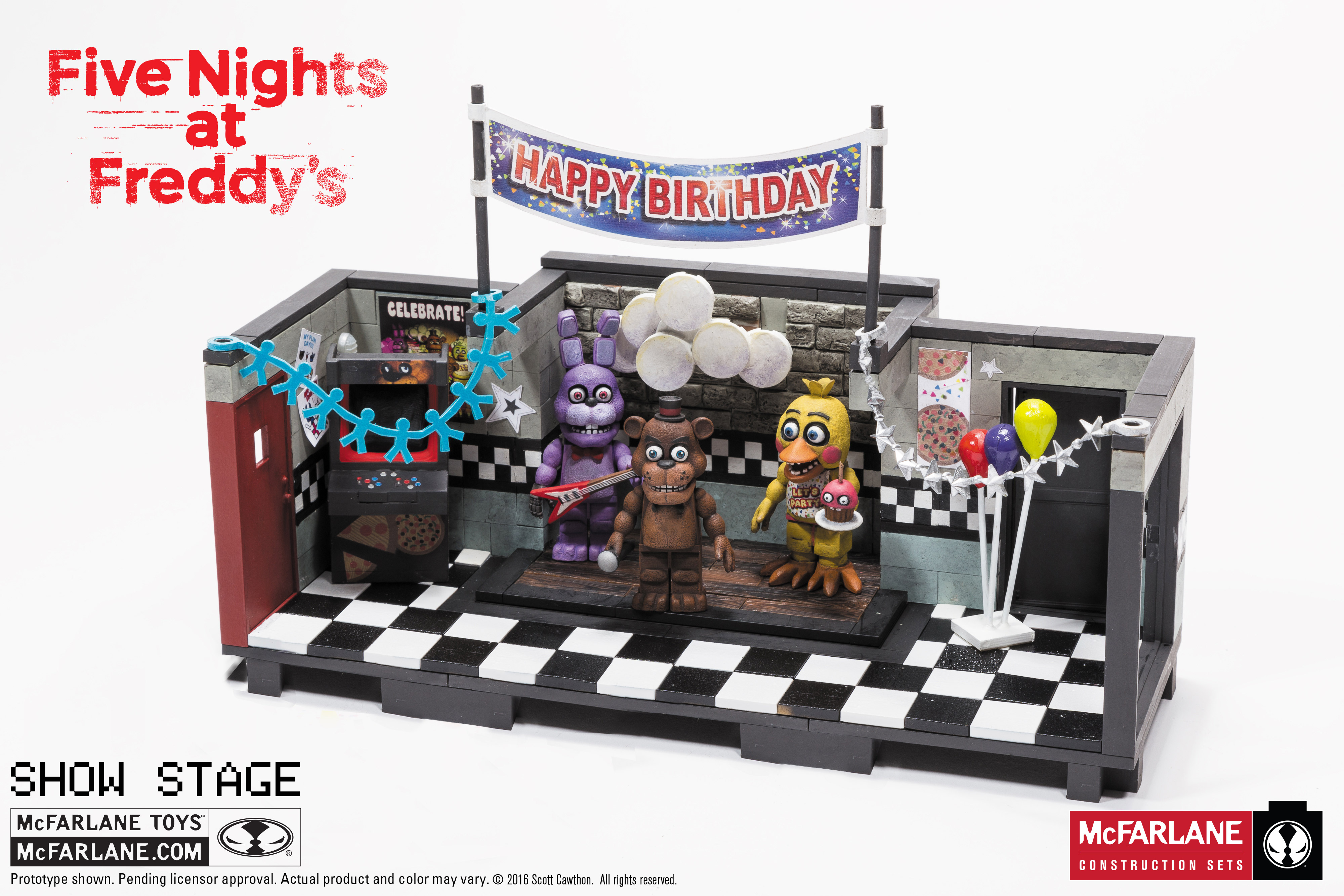 The first set arrives in August.

McFarlane Toys will be bringing construction sets, based on Scott Cawthon's Five Nights at Freddy's franchise, to fans starting this Summer. The first set, based on the Freddy Fazbear's Pizza restaurant, has over 300 pieces and is expected to release in the summer as a Walmart exclusive, priced at $29.99.

Additional sets will be created, which the Show Stage set can be paired with "to build the camera map from the game."

Five Nights at Freddy's released in August of 2014, with Five Nights at Freddy's 1, 2, and 3 releasing in November 2014, March 2015, and July 2015. Despite the short periods of time between the games' releases, every title in the franchise has over 90% positive feedback ratings on Steam. Cawthon's attempt to jump from horror to cutesy RPG FNaF World was not as successful, as he pulled it from Steam, stating that it released "too early."