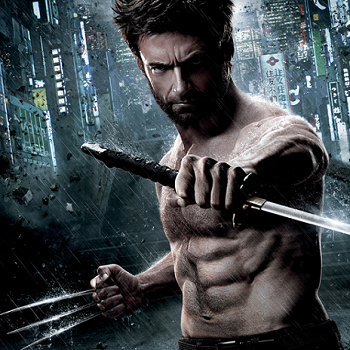 The effects of Deadpool's success are already starting to trickle down.

From the moment it was revealed that Deadpool had shattered damn near every record for an R-rated movie ever (and a couple Marvel records as well), you just knew that studios left and right would be attempting to hop on the trend as quickly as possible. In fact, Guardians of the Galaxy director James Gunn saw as much coming, and implored these very executives to not take the wrong lesson away from Deadpool's success in a strongly worded Facebook post.

"For the theatrical experience to survive, spectacle films need to expand their definition of what they can be. They need to be unique and true voices of the filmmakers behind them," he wrote.

"They can't just be copying what came before them. So, over the next few months, if you pay attention to the trades, you'll see Hollywood misunderstanding the lesson they should be learning with Deadpool. They'll be green lighting films "like Deadpool" - but, by that, they won't mean "good and original" but "a raunchy superhero film" or "it breaks the fourth wall." They'll treat you like you're stupid, which is the one thing Deadpool didn't do."

And while we're sure that the upcoming Wolverine 3 won't be indulging in any of the raunchier elements of Deadpool, it looks like it will be going after that suddenly-coveted R rating.

The rumors about Wolverine 3's rating first popped up at this year's Toy Fair, where pamphlets were being handed out that suggested the movie would be seeking an R-rating. You can check out a photo of sad pamphlet over at ComicBook.com.

Of course, with Wolverine 3 having yet to even begin filming, it's safe to say that this will not be the final verdict, though Hugh Jackman himself has stated his desire to make an R-rated Wolverine movie in the past.

By the way, they were open to that idea because if you're ever going to make a real character R-rated, Wolverine's the one. But to hear him tell it at the time, he eventually decided not to exclude the character's younger fans. "And I just said, 'In the end, actually, everything we wanted to do with an R-rated version, we are doing in terms of who the character is,"

Wolverine 3 is scheduled to hit theaters in March 3rd, 2017.