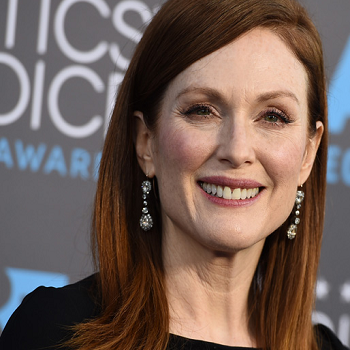 The Academy Award-winning actress is currently in talks with Fox to star in the sequel to last year's smash hit.

Would it be safe to say that Matthew Vaughn's Kingsman: The Secret was one of the bigger surprise hits of last year? Or did the presence of Samuel L. Jackson all but guarantee that 400 million dollars worth of moviegoers would see it? I'm not sure, but it was a movie released in the past 10 years that was successful, which could only mean that a sequel would surely be on the horizon.

And wouldn't you know it, there is! Kingsman 2 was announced almost immediately following the success of its predecessor, with star Taron Egerton locked in to reprise his role in the R-rated Bond spinoff. Of course, you need a hell of an actor to top Sam Jackson, and sequels are about nothing if not upping their predecessors. (Am I using the word "predecessor" a lot? I feel like I might be. Pred-eh-cess-sor. Kinda sounds like Predator, does it not? God I love that movie.)

Annnnyway, it looks like Fox might have found such an actor in Julianne Moore, who is currently in negotiations to play the villain in Kingsman 2, according to The Hollywood Reporter.

Details for Moore's character were not revealed but it is understood that she will be the piece's bad guy, if a deal makes. The Oscar-winning actress is juggling several projects, including Todd Haynes' adaptation of kids book Wonderstruck, and scheduling conflicts could be one obstacle.

While early plans for the sequel seemed focused on somehow resurrecting Colin Firth's character from the first movie despite his character's death -- with ideas ranging from a series of flashbacks to even a twin brother plotline -- it has been confirmed that Firth will not be appearing in Kingsman 2, which will also be directed by Vaughn.

As to Moore's character, Egerton recently spoke with Collider about what we can expect.

"With Kingsman 2, we're shooting in the summer at present. There's a script, it's brilliant. Obviously there's only so much I can say, but what I can say is that we shot the first one all in the UK, that won't be the case with the next one. It's a far more international story, we're going to some incredible places, and we have a villain to rival Samuel L. Jackson-this new one is so brilliantly written I wish I could play it. It's amazing."