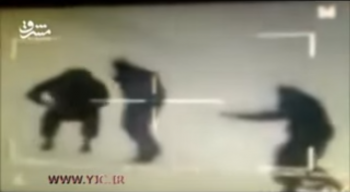 Well, this is awkward.

Video that Iranian state TV reportedly recently aired, with the claim that it was footage of a sniper shooting and killing six ISIS soldiers in under two minutes, was actually just gameplay from EA's 2010 shooter Medal of Honor.

As reported by Gizmodo, multiple TV networks in Iran and Saudi Arabia ran the footage with the belief that it was authentic, and according to France 24, one press agency added some extra details, claiming that the Hezbollah commandos were using the Arash, "a 20-calibre anti-material rifle made in Iran."

Here's a comparison of the video that has been circulating, and gameplay from a Let's Play video, uploaded in 2012, from the part in question in Medal of Honor. It begins at roughly the 2:40 point.

It's not immediately clear where the video originated or how it was able to find its way onto the news.