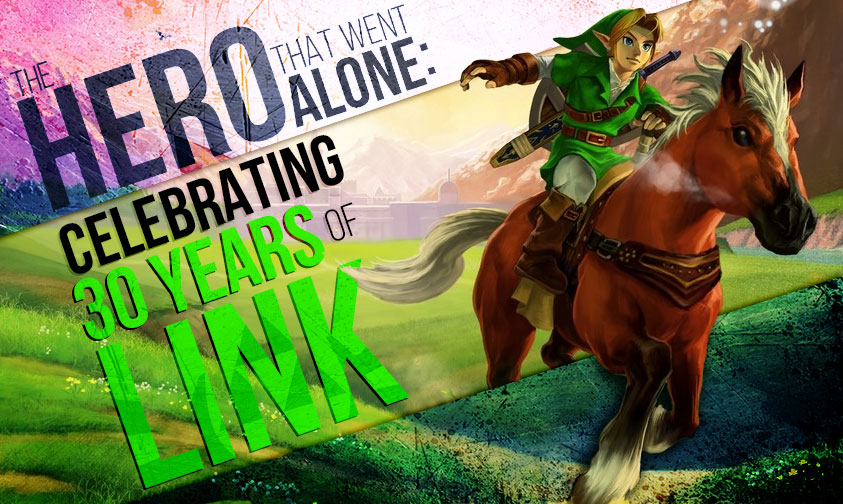 Thirty years ago yesterday, a young hero in a green tunic raised his first sword and went on his first adventure. It was dangerous, and he was alone. The journey ended up being a lengthy one, spanning three decades, inspiring countless clones, and revolutionizing the ways in which we view gameplay and narrative alike in video games. Over the course of this week, The Escapist will be celebrating the 30th Anniversary of The Legend of Zelda.

On Monday we took a look back at the past 30 years with The Hero that Went Alone - Celebrating 30 Years of Link.

On Tuesday, we brazenly ranked the top 10 games, against our better judgement.

Wednesday came in swinging with a look at the Evolution of Link - How Hyrule's Hero Changed Over 30 Years.

Thursday brings a look at the ten most memorable characters from the series.

On Friday, we're looking at the impact that The Legend of Zelda had on video games, and the ways in which it changed the industry forever.

In addition, we've attached a poll right here for you all to weigh in for a special Reader's Choice article - we'll be doing a separate ranking of the games based on your votes and feedback. Don't forget to hit the comments and let us know why you voted the way you did - and check back at the end of the week to see if your comment was used in our coverage!

We may also have some additional surprises mixed in throughout the week, but you'll only know if you check back in each day. Happy 30th Birthday, The Legend of Zelda!

What is The Best The Legend of Zelda Main Series Game?
Want to vote? Register now or Sign Up with Facebook
Related to:
liz finnegan, 30th anniversary, nintendo, the legend of zelda, video games
0
Tweet