In the words of Naughty Dog's Neil Druckmann himself: "No two ways about it... we fucked up." This is the sentiment everyone over at ND is feeling right now, as Ubisoft was quick to point out that a prominent piece of art in Uncharted 4's debut story trailer is actually a piece of Assassin's Creed 4 concept art (right), reproduced without permission.

Naughty Dog has pulled the original trailer, uploaded an altered trailer, and issued an apology to all affected parties. "In our eagerness to get the story trailer out we made a regrettable mistake and didn't thoroughly vet the art work used for an in game painting," stated Naughty Dog.

"We want to sincerely apologize to everyone at Ubisoft, the Assassin's Creed team, the original artist, and our fans."

Azaizia Aymar, who worked on the Assassin's Creed series, first spotted the goof, taking a screen-cap of his artwork being used in the trailer. You can see for yourself how it is essentially the same as the original image, but with the standing character removed from the scene: 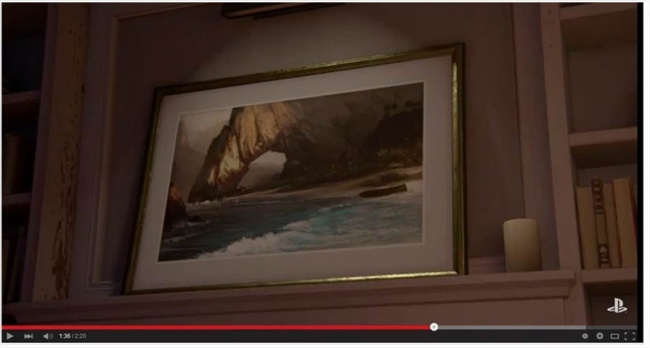