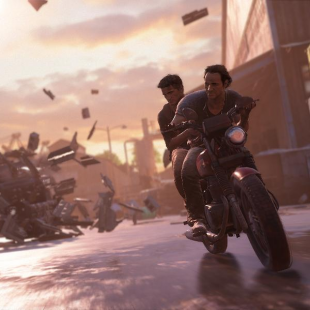 It probably wouldn't be an exaggeration to say that Uncharted 4: A Thief's End is the most highly anticipated PS4 exclusive coming out in 2016. The next chapter in Naughty Dog's series of pulp action games, everything gamers have seen of it point to an experience that will build on and exceed what's come before. It's only understandable, in turn, that there would be some disappointment when things like release delays rear their ugly head. Sadly, a delay is exactly what we're getting.

According to a recent posting on the US PlayStation Blog, the release of Uncharted 4 is being postponed for another two weeks. "Naughty Dog is wrapping up production on Uncharted 4: A Thief's End with the game on track to go gold and into production later this month," said SCEA President and CEO Shawn Layden. "In an effort to meet the considerable worldwide demand, and to ensure that all gamers worldwide have the opportunity to play the game on day one, we have chosen to postpone the launch of the game by two weeks to allow for extra manufacturing time." This means that the game won't hit retail shelves until May 10th. Layden would go on to acknowledge that the delay is likely "disappointing." He affirmed however, that the end product will be "phenomenal."

I'm going to go ahead and say I'm personally among those gamers who's a tad sad that Uncharted 4 is again being delayed. Uncharted was one of my favorite series on the PS3 and I couldn't be more excited for the series PS4 conclusion. Given Naughty Dog's track record though, I'm willing to believe Layden when he says that the game will be "well worth the wait."