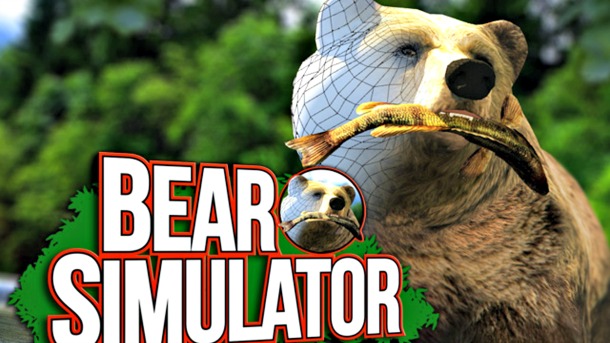 Bear Simulator's developer John Farjay has announced he will no longer be updating the game.

Bear Simulator, is, as one would guess, a game about being a bear. It drummed up a bit of interest when first announced, and asked for a humble $30,000. It more than tripled that goal, raising $100,000 and causing developer John Farjay to promise some pretty lofty stretch goals. It now looks like those stretch goals will never see the light of day, as Farjay has cancelled development of the game entirely, due to "drama".

"Well the game didn't have a great reception, has a stigma against it's name and there's plenty of other problems so making any updates or going further is basically a lost cause now," wrote Farjay on the game's Kickstarter page. "Also don't want to deal with the drama anymore. Can't ignore it because that causes more drama and can't do anything about it because that causes more drama," he added.

The game's final update will include a "Kickstarter Island" area for backers, and fix some bugs. "Must be doing this PC game dev thing wrong because it is way too hard to stay happy and productive," lamented Farjay.

Bear Simulator was released to a fairly mediocre reception, and is generally regarded to not be a great game, but it is a shame that the negativity has crushed Farjay's spirit. We do hope he tries again some time in the future!

The game is currently available on Steam for $14.99 if you are interested in checking it out.