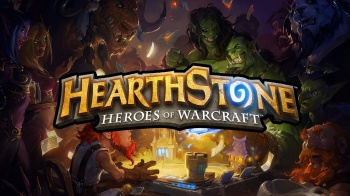 Nintendo Directs are catching on! Just like the big N, Blizzard has revealed plans to... reveal its upcoming Hearthstone expansion via a live stream event to all of its fans and press at the same time. According to a letter received from the folks at Blizzheart, we will get our first glimpse at the expansion this Friday.

"There are whispers around the Tavern..." wrote the letter. "Come listen closely and discover the next Hearthstone expansion at a special live-streamed event!" The event will take place on March 11, 2016 at 1:00 PM EST.

Blizzard hinted at this upcoming expansion back when it announced its new wild and standard formats for the game. All we know for sure is that upon this expansion's release, Goblins vs. Gnomes and The Curse of Naxxramas cards will no longer be playable in standard format.

You can tune into Blizzard's official Twitch stream here.