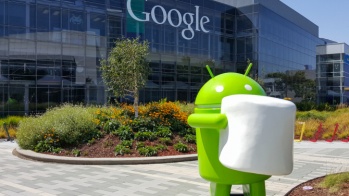 Chris Poole, founder and former owner of 4chan, has announced he will be starting a new position with tech giant Google.

Depending on who you ask, 4chan is either the most fascinating thing on the internet, or an online equivalent of Star Wars' Mos Eisley. Whatever the case, it's ridiculously popular, gathering millions of unique views every single month. That's something which made the tech giant Google sit up, take notice, and offer a job to 4chan founder Chris Poole.

"Today I'm excited to announce that I've joined Google," Poole wrote in a blog post. "When meeting with current and former Googlers, I continually find myself drawn to their intelligence, passion, and enthusiasm - as well as a universal desire to share it with others. I'm also impressed by Google's commitment to enabling these same talented people to tackle some of the world's most interesting and important problems.

"I can't wait to contribute my own experience from a dozen years of building online communities, and to begin the next chapter of my career at such an incredible company."

Poole first launched 4chan as an anime fan community message board way back in 2003. Since 4chan allows every user to post anonymously without registering an account, it quickly became a haven for anyone sharing unfiltered opinions and content online. 4chan has become notoriously controversial in the years since - while the site encourages free speech, it's also allowed for racist posts, death threats, and distribution of child pornography. And that's not even getting into 4chan's history with internet activist group Anonymous, which has been equal parts hilarious and disturbing.

What's clear is Poole's time with the site has made him an undeniable expert on the nuances of social media - something Google would be foolish not to capitalize on. Poole hasn't revealed his role with the company, but considering Google's Bradley Horowitz confirmed the news, it will likely involve Google+ and the company's social strategy.