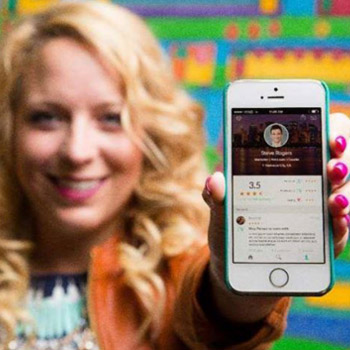 Months ago, the internet was outraged about a proposed app called Peeple that promised to be Yelp for people. Well, it was launched today and here's what you should know.

Peeple actually does a lot of what you'd expect from an app that touts itself as being the people version of Yelp, although there have been some important changes in the months since the app was announced.

As expected, users can leave reviews and ratings for users in three categories: professional, personal and romantic. For example, you could hypothetically review a former girlfriend (or boyfriend) or look up ratings for a prospective babysitter.

However, there's one important newly-implemented safeguard: users can opt to hide any review or rating. Thus, it's highly unlikely for anything negative to be approved by a user.

So, this app is totally bully-proof and will only serve to be a large, digital group hug, right?

According to co-creator Julia Cordray, Peeple plans to launch a paid subscription option called a "truth license" within the next month that will make all reviews and rating visible -- even the negative ones.

How should the average person react to Peeple? One option is to sign up, approve the positive reviews and ratings and hope that the paywall will keep everything else a secret. The other option, of course, is to ignore Peeple and trust that it will never live up to its promise of being Yelp for people.