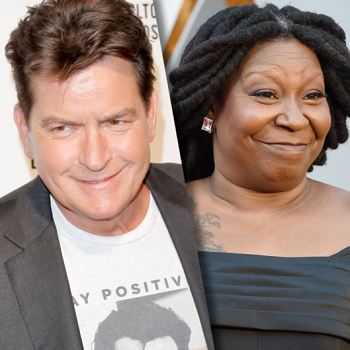 Surely, these are the end times.

To put it as objectively as possible, the majority of films based on the September 11th attacks have been...let's call it "divisive." While some critics have praised the likes of 2006's World Trade Center and 2007's Reign Over Me for having the fortitude to tackle an inherently distressing subject, others have trashed the films for perceivedly exploiting what is, again, an inherently distressing subject.

It's also a subject that film critics and audiences alike will soon have to address again, because for whatever reason, not one but *two* movies based around 9/11 have been put into production in recent weeks. The first is a "9/11 road trip comedy" based on the true story (first published in Vanity Fair) of Michael Jackson, Marlon Brando, and Elizabeth Taylor's journey out of New York City following the September 11th attacks, starring Joseph Fiennes, of all people, as the King of Pop.

Obviously, you'd have every right to think that the second movie wouldn't even attempt to one-up that movie in terms of craziness. You'd also be wrong, because Variety is reporting that director Martin Guigui, who is perhaps best known for directing National Lampoon's Cattle Call, will be teaming up with Saw producer Mark Berg to bring us an "action-drama" set on 9/11 starring Charlie Sheen and Whoopi Goldberg.

Simply-titled Nine Eleven, the independent film began shooting on Monday and "depicts five individuals trapped in an elevator in the World Trade Center on Sept. 11, 2001."

Wow. This is truly one of those times when words fall short, so let's let Guigui do the talking!

"We are immensely grateful to bring this inspirational story to life. 'Nine Eleven' is a highly emotional journey and it took a dynamic bunch to collectively come together to make this unique film happen," said Guigui.

"We are fortunate to have such a gifted cast on board. Both Charlie and Whoopi are native New Yorkers who strongly identify with this story."

Well, I guess that we can pretty much close the book on what the most batshit insane up movie of 2016 will be. Before I do, though, I'd just like to leave this friendly reminder of another story that Whoopi Goldberg strongly identified with: The story of the original moon-landing being faked.