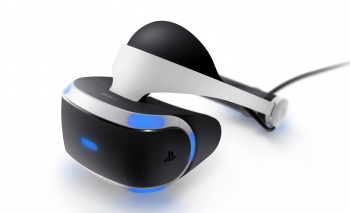 Palmer Luckey says that Sony's $400 price point for its VR headset was about what he expected.

Speaking to GameSpot at Game Developers Conference, Oculus founder Palmer Luckey has offered his $0.02 on Sony's PlayStation VR, which recently had its price and release date revealed. "I think it's a totally fair price and they've definitely done a good job of keeping the cost down," commented Luckey, who isn't too worried about competition with his own, $600 Oculus Rift headset, as he sees them as two separate markets.

He explained that the price discrepancy likely comes from the fact that the PS VR only has one LED screen, while the Rift has one for each eye, and the rift comes bundled with everything you need to use it (including an Xbox One controller and two free games), while PS VR actually requires players to purchase the PlayStation Camera and PlayStation Move controllers separately.

"They've definitely done a good job of keeping the cost down," he added. "Clearly that was a priority."