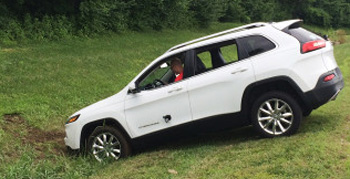 In conjunction with the National Highway Traffic Safety Administration, the FBI recently released a warning stating that vehicles are becoming more and more vulnerable to hackers taking advantage of remote exploits. The FBI specifically pointed to modified software as being dangerous.

"Making unauthorized modifications to vehicle software may not only impact the normal operation of your vehicle, but it may introduce new vulnerabilities that could be exploited by an attacker," warned the FBI.

Many in the tech community, including Facebook board member Marc Andreessen, immediately claimed the FBI was being hypocritical due to the fact that the government agency is currently battling Apple for the right to unlock an iPhone via the hacking of encrypted software.

With self-driving cars around the corner, the threat of hacking will only grow. In fact, some members of Congress recently pushed for minimal safety standards to be implemented to thwart hackers.

"Imagine what would happen to autonomous vehicles to get hacked while they're out on the road," said Sen. Bill Nelson (D-Fla.), "one small defect could end up in a massive safety crisis."

Critics of the FBI insist that if the agency wins against Apple in federal court (and Apple engineers don't quit before complying), a precedent will be set that will do irreperable harm to encryption and privacy.