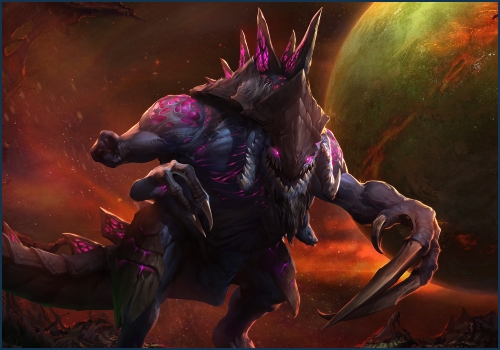 The massive patch is on the Heroes of The Storm PTR right now, with dozens of new features.

Heroes of The Storm fans brace yourselves: the game is about to get a massive patch that will rework a lot of underused heroes, and bring in plenty of new features.

First up, it brings with it a new map: Lost Cavern. MOBA veterans will recognize Lost Cavern as Heroes of The Storm's take on the popular "all random all mid (ARAM)" mode. A single lane map in which heroes do not heal when returning to base, Lost Cavern challenges all five heroes to a single skirmish in the middle of the map. Lost Caverns will only be playable in custom games, and won't be a part of the normal map rotation.

Next, Dehaka, Primal Pack Leader, is the game's newest hero. StarCraft fans will know him as a significant Heart of The Swarm character. His abilities are as follows:

For ranked play fans, the patch brings some significant changes. Just like in other MOBAs, you can now ban two heroes per team during the draft phase. To compensate for this, players will now need to have 14 unlocked heroes to play ranked, but free-to-play rotation heroes that are level 5 or above will count towards that number.

Finally, Gazlowe, Illidan, Kael'thas, Sylvanas, and Tychus have all had significant talent reworks, while several more heroes have had minor balance changes. There are way too many changes to list here so please check the official patch notes to see what's in store for your favorite hero.

The patch is currently playable on the Public Test Realm, although we don't have any idea of when it will hit live servers.