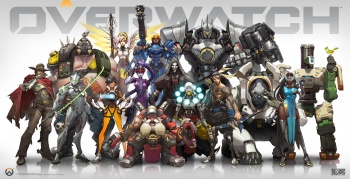 Overwatch is incorporating one of Hearthstone's most popular features.

The Tavern Brawl gamemode that Blizzard introduced to Hearthstone last year quickly proved to be a fan favorite - it was a fun way to enjoy "wacky" and random rules and cards without having to focus on the "serious business" meta-decking that usually goes on with the game. It now looks like Blizzard is bringing that same concept to its upcoming shooter: Overwatch, with the introduction of weekly brawls.

"Weekly Brawls are a fun, alternative way to play Overwatch," wrote Blizzard in a blog post. "Each week, we'll rotate in a different Weekly Brawl featuring a set of unique (and sometimes crazy) rules from our Custom Game system."

The feature is currently live in the game's closed beta, and the current brawl restricts players to playing as the two "ninja" characters: Hanzo and Genji.

Additionally, for all of you lucky enough to be in said closed beta, a new payload map: Route 66 has been added, alongside a new "replay" feature that lets players save highlights of their most recent match, and a revamp of the "play of the game" system.