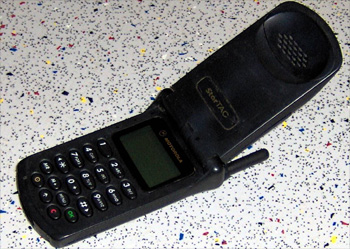 Although the FBI has apparently paused its battle with Apple over encryption, there's now another branch of the technological world under fire: burner phones. A new house bill, introduced by Rep. Jackie Speier (D-CA), would essentially kill the anonymous prepaid phone industry.

The bill calls for retailers of prepaid phones to collect personal information on all buyers, including name, birth date and home address. The retailers would also be told to verify the info with a driver's license number, social security number or other suitable form of ID.

Why are burner phones being targeted?

Explains Rep. Speier: "This bill would close one of the most significant gaps in our ability to track and prevent acts of terror, drug trafficking, and modern-day slavery. The 'burner phone' loophole is an egregious gap in our legal framework that allows actors like the 9/11 hijackers and the Times Square bomber to evade law enforcement while they plot to take innocent lives. The Paris attackers also used 'burner phones.'"

This isn't the first time this year that the cell phone industry has been in jeopardy of being turned upside down. Back in January, lawmakers in both New York and California pushed for encyption-enabled smartphones to be banned.