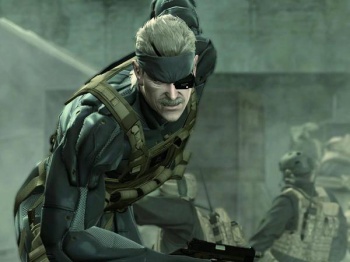 David Hayter, the original voice of Metal Gear Solid's Solid Snake, says Kojima had been trying to replace him for a long time.

A narrative has arisen concerning Hideo Kojima these days, painting him as the struggling artist hero, being kept down by the evil Konami corporation. But according to some of the people who have worked with the man, perhaps he is not so deserving of being the golden child of video game developers. "I've got no particular love for Kojima," said David Hayter, the original voice of Solid Snake in Metal Gear Solid on a recent episode of the Game Informer show.

Fans will know that Hayter, who had been the longstanding voice of Snake, was unceremoniously replaced for the series' latest installment: Metal Gear Solid 5, in favor of Hollywood big shot Keifer Sutherland (of 24 fame).

But Hayter explains that Kojima had been trying to replace Hayter ever since Metal Gear Solid 3, when he approached Kurt Russell (who's Snake Plissken character in Escape From New York is the inspiration for Metal Gear's Solid Snake). Russell turned the role down, and Kojima was "stuck" with Hayter.

When asked if he would ever work with Kojima again, Hayter said "I don't feel any need to go back and work with him again."

To top it off, the poor guy revealed that he just can't bring himself to play MGS5. "Yeah. That'll be 60 hours of humiliation that I can't get to."