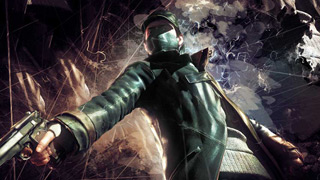 Much of Watch Dogs 2 is is still hidden, but we now know a little bit more about the PC version of Ubisoft's upcoming open-world title.

While a full unveiling of the sequel likely won't be made until E3 in June, a few tidbits concerning the PC version were revealed at AMD's GDC press briefing a couple of weeks back. Details were slim, but we do know that the game will support DirectX 12, and its presence at AMD's briefing would seem to suggest that it will be optimized for that company's graphics cards.

You might recall a bit of a brouhaha over the original Watch Dogs' inclusion of Nvidia's GameWorks toolset, and the resulting claims that it caused a performance hit of up to 40 percent for AMD cards. It seems that with the sequel, Ubisoft is hopping to AMD's side of the fence.

There's precious little other information on Watch Dogs 2 at this point. The game was first revealed in a February earnings call, and is scheduled to launch by the end of April 2017, although some reports claim it could be as early as this year.